She affirmed the organization was able to use money from its reserves to help with the purchase. But, CPASA is still searching for donations to help make up the price and also to help with the upkeep of equipment. 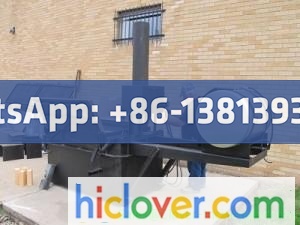 The incinerator is located in the Princeton Police Department. A fence and a shelter still needs to be built around the incinerator before it’s used.

As previously reported in the BCR and the Putnam County Record, the nation made the decision to no longer dispose of prescription drugs, forcing CPASA to look in the purchase of an incinerator to continue its program, which allows citizens to dispose of their unused prescription medications in a secure manner.

Since CPASA’s formation in July 2010, it has worked to maintain unused prescription drugs off the road. Since September 2014, the program has collected and disposed of about 7,235 pounds of drugs.

Conerton explained how CPASA has worked hard to get the incinerator to help maintain the P2D2 program.

She said with the incinerator, CPASA will have the ability to keep on educating the public about the safe way to dispose of drugs and remind them to not flush medication to the water source.

“It hurts the water source, and we also are getting them from cabinets to prevent them from getting into the wrong hands,” she said. “We finally have a way to actually dispose of them completely.”

With the incinerator, CPASA now plans to host more collection days to help get rid of even more unused medications. He explained the incinerator can get up to 2,000 degrees Fahrenheit and takes about 20 minutes to burn the material. The drugs are burned down to a fine powder, which is bagged and taken to the landfill.

The incinerator arrived at about the right time, as Root said there’s now about 1,500 pounds of pills to dispose of from the Bureau and Putnam counties region.

Root said CPASA plans to charge a commission to communities that don’t provide a donation for the incinerator.

CPASA is still searching for donations to help compensate for the cost of the incinerator and to help continue the work CPASA does during the year.

“CPASA enjoys all the donations. We would never have thought in such a brief period of time this would be a reality,” Conerton said. “This community is so amazing with their support and understanding how important it was to help. It’s widespread and something that’s going to help everyone.” More details to come on the event.

CPASA is also hosting a fundraiser on Saturday, Aug. 1, from 11 a.m. to 6 p.m. in Zearing Park. More details to come on the event.