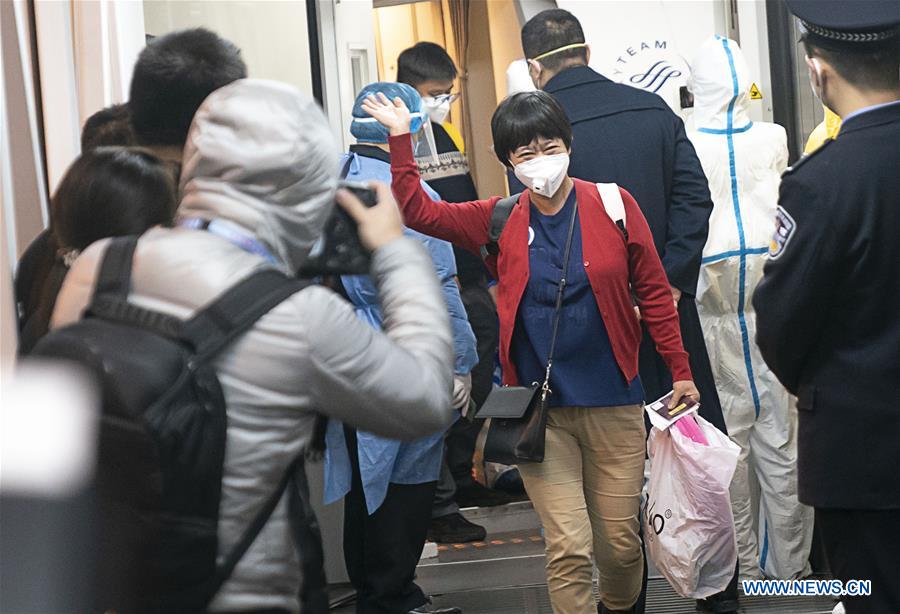 China vowed on Friday to work with the international community to uphold regional and international health security, and reiterated it has the confidence and capability to win the battle against the novel coronavirus epidemic, which has claimed 213 lives throughout the country as of Thursday.

The pledge came as the World Health Organization declared on Thursday that the outbreak constitutes a public health emergency of international concern, or PHEIC, following an emergency meeting in Geneva, Switzerland.

The number of confirmed cases of novel coronavirus rose to 9,692 on the Chinese mainland as of Thursday, among which, Hubei province ― the epicenter of the outbreak ― reported 5,806 confirmed infections. The Hong Kong and Macao special administrative regions as well as Taiwan reported 28 confirmed cases of the disease as of Thursday. The virus has also spread to several other Asian nations and reached Australia and Europe as well.

The Centers for Disease Control and Prevention in the United States said Thursday that an Illinois woman who recently returned from China had transmitted the coronavirus to her husband ― the first known case of persontoperson spread of the pathogen in the US.

Foreign Ministry spokeswoman Hua Chunying said in an online statement on Friday that since the outbreak, China has been in close communication and cooperation with the WHO. “China will continue working with the WHO and other countries to safeguard regional and global public health security,” Hua said.

Saying the Chinese government has been taking the most comprehensive and rigorous prevention and control measures for people’s health and safety, Hua added that many of the measures go well beyond the requirements of the International Health Regulations.

“We have full confidence and capability to win this fight against the epidemic,” she said.

Also on Friday, the National Health Commission called on the international community to understand and support China’s efforts in preventing and controlling the epidemic.

The commission hopes countries from around the world will work with China to jointly prevent and contain the disease in line with the International Health Regulations as well as the recommendations of the WHO in order to safeguard regional and global public health security, according to a statement issued by the commission on its website.

WHO DirectorGeneral Tedros Adhanom Ghebreyesus, who recently wrapped up his visit to China, said the declaration was not a vote of no confidence in China. Rather it is necessary because humantohuman infections have been confirmed in other countries.

“As I have said repeatedly since my return from Beijing, the Chinese government is to be congratulated for the extraordinary measures it has taken to control the outbreak, despite the severe social and economic impact those measures are having on the Chinese people,” Tedros said at a news conference after a closeddoor meeting of the Emergency Committee.

Tedros said that the WHO does not recommend limiting trade and movement, and opposes any travel restrictions against China.

“We would have seen many more cases outside China by now, and probably deaths, if it were not for the government’s efforts and the progress they have made to protect their own people and the people of the world,” Tedros said.

“The speed with which China detected the outbreak, isolated the virus, sequenced the genome and shared it with WHO and the world are very impressive and beyond words. So is China’s commitment to transparency and supporting other countries. In many ways, China is actually setting a new standard for outbreak response, and this is not an exaggeration,” he added.

During a telephone conversation with Canadian Foreign Minister FrancoisPhilippe Champagne on Friday, State Councilor and Foreign Minister Wang Yi expressed hope that Ottawa will respect the recommendations of the WHO in an objective and fair manner to ensure trade exchanges and travel of people between China and Canada will not be influenced.

Champagne said Canada highly appreciates China’s strong measures and the open and transparent manner it has conducted itself in prevention and control of the contagion, and is also fully confident of its capability in dealing with the epidemic.

China’s top envoy to the United Nations, Zhang Jun, called on the international community to exhibit “solidarity” in dealing with the outbreak. Addressing a news gathering at UN headquarters in New York on Thursday, Zhang said the WHO recommendations “should be seriously considered” and “there is no reason for measures that unnecessarily interfere with international travel and trade”.

He called for all countries to adopt a responsible attitude, work together to combat the virus and avoid overreacting.

Since the outbreak of the contagion, leaders of foreign countries and international organizations have voiced their support for, and highly commended, China’s efforts to curb the spread of the virus.

Angus McNeice in London and Hong Xiao in New York contributed to this story.